Happy Anniversary: Moving Into The Second Decade w/the Car and the Girl 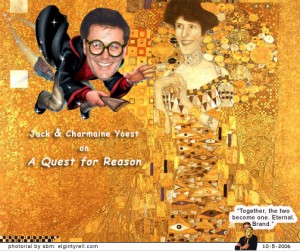 Jack and Charmaine This is wedding anniversary week in our household: We celebrate for 7 days.

Men’s Health magazine reminds us why marriage works. The April issue from last year has six compelling reasons to marry, by Anna Maltby.

Anna is a woman.

But the advice is still good,

If you are susceptible to vice, find a wife. She’ll save you from yourself — and improve your life — in a variety of ways…

2. Speed up your next promotion

[If the Army wanted you to have a wife, it would have issued you one, goes the old joke — it looks like the military is a-changing its perception of the value of a helpmeet.]

3. Keep you out of trouble

According to a recent U.S. Department of Justice report, male victims of violent crime are nearly four times more likely more likely to be single than married.

[Your Business Blogger(R) has not been in a bar fight since getting married. But every few years I got to get the caps replaced on those cracked up front teeth from an altercation back in single days. And I wish that ringing in my ears would stop…]

4. Satisfy you in bed

In 2006, British researchers reviewed the sexual habits of men in 38 countries and found that in every country, married men have more sex.

In a Norwegian study, divorced and never-married male cancer patients had 11 and 16 percent higher mortality rates, respectively, than married men.

[Charmaine is forever pestering me to get a(nother!) physical. Goodness, I had one back in the 90’s. And the colonoscopies every 5 years are her idea too. Such a pain in the …]

A UCLA study found that people in generally excellent health were 88 percent more likely to die over the 8-year study period if they were single.

The accountability and friendship of marriage works.

Excuse me now, I’ve got some yard work to do.

As one academic studying the men-marriage-maturity transformation wrote, “A rake, now out raking leaves,”

But we actually celebrate two anniversaries.

(Order may not be important to some.)

Even as Charmaine and I are moving into our 20th year of marriage toward that death do us part part; the other anniversary is a milestone of over two decades.

Alert Readers are thinking, I know Jack — how did he do it?

How did he survive all those years?

Without a coffee cup holder…?

The Germans do not believe that people should drive and drink…coffee. Ergo, no coffee cup holder in that old model.

So the ride has been a series of spilled hot fluids. And I would do it again. 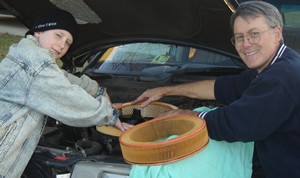 Your Business Blogger(R) and The Dude

Financial Expert Larry Burkett believes that a man should own but one car and run that car ’til the wheels fall off then repair and repeat.

It is also Biblical and is based on the Babe Bargain: A man should be the husband of but one wife.

A car and a girl. What more could a guy want? 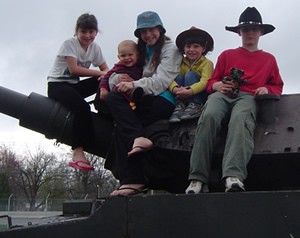 Let’s face it. The majority of new automobile sales in America are made because of the buyers’ wants, not needs. Often they are just tired of their cars; they look old and out of date, or they need repairs to put them back into top condition, or their neighbors or coworkers have acquired new cars.

Lyrics to KISSES SWEETER THAN WINE here. My favorite version is by Jackson Browne and Bonnie Raitt.

In May of 1987 Your Business Blogger(R) bought a new car from American Service Center in Arlington, Virginia from former Redskin football player Joe Tereshinski.

My two investments; my two May anniversaries.