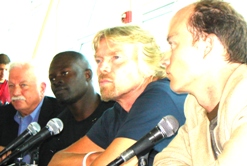 Running for the plane. Highlight from the press conference.

Jamie Drummond, executive director and co-founder of DATA (who looks and sounds just like Ewan McGregor), said that the ONE Campaign is becoming “like the NRA for the poor.”

Everyone laughed, and Richard Branson responded, “or like the AARP. . .” 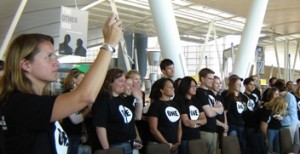 Live8 and more at Joho the Blog

Culture Vulture has impressions of Live8