March 6; The Staffer Works and The Managers Decides MANAGEMENT BY THE BOOK: 365 Daily Bible Verse & One-Minute Management Lessons For The Busy Faithful 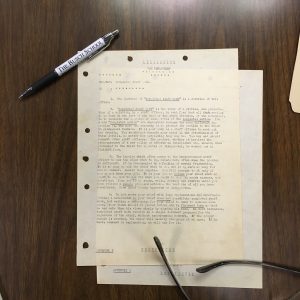 But this is not always the fault of the individual contributor. Sometimes the manager does not know what direction, what procedure to give his direct reports.

Managers know that their job is to Plan, Organize, Lead and Control. And managers are working too hard – thinking that is what that “lead” part of management is.

The ‘leading’ part of management might be the easiest for talented managers. That is: when the manager has ‘completed staff work.’

This is the practice where the staff does the work and the manager makes the decision. This is what it looks like. A problem or opportunity is presented by the manager or uncovered by the staff. However the assignment originates the staffer using Completed Staff Work follows this simple three-step outline: 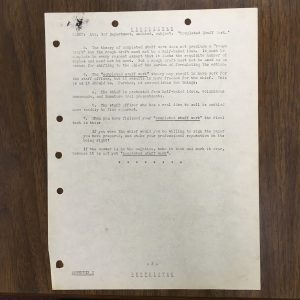 The Alert Manager will note that the manager did little work in this phase.

The labor is done by the staff. It is complete.

The boss can accept or reject or modify the recommendation.

But usually the manager will simply adopt the staff recommendation.

When Completed Staff Work is done right the manager is left with only signing his name making a decision.

This is why the ‘leading’ can be simple.

The origin of the phrase ‘Completed Staff Work’ probably belongs to Archer L. Lerch, Major General, U.S.A., the Provost Marshal General of the Army of the United States. Lerch, as a Colonel, wrote a memo to his staff, which was published in the 24 January 1942 edition of the Army Navy Journal. It was designed to pierce the haze and confusion in management in the fog of war.  Lerch writes in the Completed Staff Work article,

The final test of completed staff work is this: If you yourself were the commander would you be willing to sign the paper you have prepared?

Would you stake your professional reputation on its being right? If your answer would be ‘no,’ take the paper back and rework it…

John 19:30 records Christ’s last words, It is finished. Biblical scholars tell us that the more accurate translation is “It has been finished.” The verb tense, intensive perfect passive, tells us that the action was completed in the past and was seen at the crucifixion and can be read now. The work is finished and nothing can be added to it.