September 17; What Happens When Numbers Rule?; MANAGEMENT BY THE BOOK: 365 Daily Bible Verse & One-Minute Management Lessons For The Busy Faithful

For the love of money is a root of all kinds of evil.

Some people, eager for money, have wandered from the faith and

pierced themselves with many griefs. 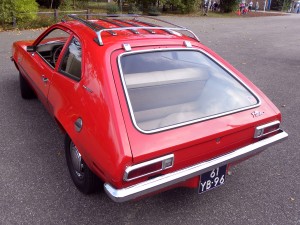 Long ago Your Business Professor regularly drove a friend’s Pinto from the seventies.

He bought it cheap.

I would have known why he got it such at such a fire sale price–if I had been aware of all the deaths.

That particular Pinto was one of the few that didn’t blow up in a rear end collision. I was lucky; I was driving a Pinto that didn’t kill me.

Many were not so lucky. It was not reckless driving. It was reckless homicide.

Was money and profit that bedeviled Ford’s leadership?

Money is not the root of all evil – it is the love of money that is the root of evil. And a good businessman loves to make his numbers.

And sometimes that love turns deadly.

In the late 1970’s Lee Iacocca was President of Ford and tasked his team to compete in the small car market. He outlined that the new car offering would cost less than $2,000, weigh not more that 2,000 pounds.

The Pinto would be brought to market in a lightening fast 25 months instead of the usual 43. The Engineers would kill to make those numbers.

What could go wrong? Critics write that the,

[L]egacy of such cost-benefit analysis was Ford’s Pinto, an inexpensive subcompact that had a nasty habit of blowing up in rear-end collisions.

Exploding Pintos caused at least fifty-nine deaths and, as a result, gave Ford the dubious distinction of becoming the first U.S. carmaker ever to be charged with reckless homicide. (Gabor 2000)

But can we blame the automaker? Ford had missed the zeitgeist, spirit of the times. The public had become safety conscious above all else as compared to an earlier time in automotive history,

The company had to withdraw the cars with seat belts and abandoned the whole idea. When, fifteen years later, the American driving public became safety-conscious, the car manufacturers were sharply attacked for their “total lack of concern with safety” and for being “merchants of death.” (Drucker 1973) p. 329

Ford’s error and the fix was highlighted in the courts,

The Pinto’s problem…was…a design flaw that could have been solved by…sheathing the inside of the gas tank with a rubber lining…cost Ford $137 million—couldn’t be justified under Ford’s cost-accounting system.

By comparison, the total cost of burn-related injures and deaths…was, according to Ford estimates, a relative bargain: $49.5 million. (One human life was worth $200,725…these calculations took into account lost production, hospital costs, pain and suffering, and funeral costs.)

Ford’s efficiency driven Pinto bean counters did “…careful calculations of the benefits—all the costs associated with those burned and killed down to the flowers at the funeral… Cost-benefit analysis said it just didn’t pay to redesign the Pinto.” Ford cost benefit analysis, Pfeffer, people 212

Ford management at that time was intemperate. Author John Horvat II, points us to Edmund Burke,

Temperance is the virtue whereby man governs and moderates his natural appetites and passions in accordance with the norms prescribed by reason…As Edmund Burke notes: “Men of intemperate minds cannot be free. Their passions forge their fetters” (Burke 1791)

For the love of money is a root of all kinds of evil. Some people, eager for money, have wandered from the faith and pierced themselves with many griefs. 1 Timothy 6:10