She sets about her work vigorously;

her arms are strong for her tasks.

“Ah, but a man’s reach must exceed his grasp

Or what’s a heaven for?”

Robert Browning was writing in his poem about a painter who was technically flawless. He could very well have been writing about where men eagerly reach for the difficult and women meekly grasp certainty.

Note this exchange during a Senate hearing over a failed missile test.

Senator Hillary Clinton (a woman) says, “It strikes me as a little odd that we would deploy a system that hasn’t succeeded and expect that to serve a deterrent value.”

A woman would want to wait until all the lights are green before leaving the garage.

A man might not even check to learn if the garage door is open.

Sheryl Sandberg COO of Facebook writes in Lean In,

One reason women avoid stretch assignments and new challenges is that they worry too much about whether they currently have the skills they need for a new role.

The can become a self-fulfilling prophecy, since so many abilities are acquired on the job.

Women need to shift from thinking “I’m not ready to do that” to thinking “I want to do that—and I’ll learn by doing it.” 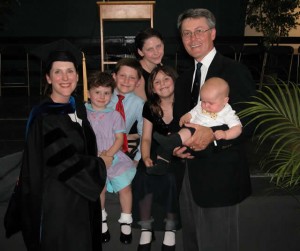 Sandberg’s observations replicate the findings in the Family Gender Tenure Project at the University of Virginia. Charmaine was the director of this study funded with a $220,000 grant from the Sloan Foundation.

The work was the basis for her doctoral thesis published in 2004.

The study included an Ambition Index, which was constructed around the question, “ If you were to leave this university position, where do you think you are most likely to go next?”

A thought experiment that envisions a level playing field would include randomly distributed career aspirations: there should be no significant difference between men and women.

Among men in the study, 40 percent replied that they might move up to a higher ranked university with an implied increase in compensation and responsibility and expectations and pressures.

Only 29 percent of women believed their careers held that possibility.

Men felt they deserved better. Even if they didn’t. A theory is that women expect to be perfect and when perfection is not reached—they settle for less, or nothing.

Women, it appears want perfection and do not expect a promotion or always expect pregnancy.

What’s a woman to do? Does she channel Lady Macbeth and get ‘unsexed’? Or wear the pants(suit) and guzzle boiler-makers as Hillary Rodham Clinton did on the presidential campaign trail in 2008? Do women put down the baby and take up cussing? Stop shaving and aim for the three-day growth popular among male metro-sexual-managers?

No. Management does not look like a just-so perfect Armani ad in Vanity Fair.

Managers, as an Alert Staffer would attest, are imperfect players. Each individual contributor knows that her boss has unsightly leadership flaws. So why does she see such imperfection in her supervisor, then demand perfection when she moves from a staff position into management?

The job of the manager, male or female, is to be effective. Effectiveness is not gender-dependent. The effective manager, Professor Peter Drucker would say, controls events, to be ready for nearly any contingency.

The woman in Proverbs 31:17 can do this. Be like her, She sets about her work vigorously; her arms are strong for her tasks.

Robert Browning in his poem, Andrea del Sarto or the “The Faultless Painter” from 1855 http://en.wikipedia.org/wiki/Andrea_del_Sarto_(poem) accessed 25 January 2014