June 22; Love Can Be Nearly Perfect; People Are Not MANAGEMENT BY THE BOOK: 365 Daily Bible Verse & One-Minute Management Lessons For The Busy Faithful

This is how love is made complete among us

so that we will have confidence on the day of judgment: 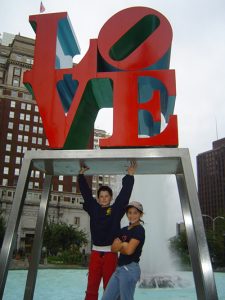 The Dude and The Diva
LOVE in Philadelphia

Sometimes tolerating some imperfection in staffers is helpful. Here’s why.

Not every employee can be ‘A’ team caliber. Not every staffer can be made perfect. CEOs can groom and mentor but cannot expect perfection from all their people all the time. (But, let’s not tell the employees this…)

The boss works for perfection or completeness where nothing needs to be added or subtracted. This effort is not for the manager’s personal glory but to advance the goals of the organization and to build up his team. The love of the manager is outward bound. It is selfless.

Literature points us to man’s selfish infatuation with perfection and the perfecting of mankind—who we are and what we do. Nathaniel Hawthorne, who was actually an early science fiction writer, tells the tale in The Birthmark, published in 1843.

Hawthorne’s story begins with a brilliant man, Aylmer, and his wife, Georgiana, a nearly perfect woman. She was exquisite. Georgiana was beautiful and strong and accomplished, and her husband, adored her. She was willing to give her life for him.

(Hawthorne is silent here but we can assume that Aylmer would die in her stead also. But he didn’t have to.)

She had a minor blemish, a birthmark on her cheek; a tragic flaw. The mark was faint and delicate as if an angel patted her cheek.

Georgiana’s birthmark was all that stood between Aylmer and Perfection. The imperfection at first irritated and soon annoyed and then hardened into stone the husband’s heart. The birthmark must be removed for Aylmer’s complete happiness.

Now, as it happened, the husband was a scientist and could use his skills to concoct any pill for the betterment of mankind. So our not-so-mad, indeed, very rational scientist retreated to his laboratory and produced a medicinal remedy to “improve” his helpmeet. Georgiana would willingly take it to make him happy.

“Drink, then, thou lofty creature!” exclaimed Aylmer, with fervid admiration. Thy sensible frame…shall soon be all perfect.”

Georgiana drinks the potion, “Methinks it is like water from a heavenly fountain…”

The Birthmark began to fade.

“By Heaven! it is well-nigh gone!” said Aylmer to himself, in almost irrepressible ecstasy. “I can scarcely trace it now. Success! Success!”

“My peerless bride, it is successful! You are perfect!”

Aylmer, the scientist got his perfection in the person closest to him. But,

As the last crimson tint of the birthmark–that sole token of human imperfection–faded from her cheek, the parting breath of the now perfect woman passed into the atmosphere, and her soul, lingering a moment near her husband, took its heavenward flight.

Aylmer’s work in Georgiana was completed perfectly. But she sleeps eternally.

This is how love is made complete among us so that we will have confidence on the day of judgment: In this world we are like Jesus. 1 John 4:17