October 28; Is a Messy Desk a Sign of Creativity or Inefficiency? What Is The Rate of Return? MANAGEMENT BY THE BOOK: 365 Daily Bible Verse & One-Minute Management Lessons For The Busy Faithful

For God is not a God of disorder but of peace—

as in all the congregations of the Lord’s people.

The happy husband bursts through the front door and greets the awaiting wife, “Guess who got promoted to a desk with no drawers?” 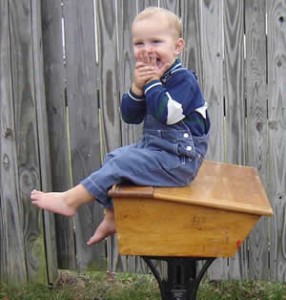 Don’t let anything sit on your desk;
James demonstrates

The files and the filing, the paper and its pushing now belong to this manager’s direct reports. Most paper, detailing information and actions, are delegated down the org chart.

The desk is the knowledge workers’ workbench. It must be orderly. A workman is proud of where his business gets done. The car mechanic lets nothing junk-up his working space. Efficiency expert, David Allen, summarizes in, “An Athletic Approach to Success” that,

For centuries, athletes all around the world have recognized the phenomenon known as “the zone.”

In eastern cultures, it was and is considered necessary to achieve a state of mental stillness, readiness and calm alertness in order to master the martial arts

Western athletes often stumble into the zone quite accidentally, but spend most of their time trying to get back into this blissful state of relaxed focus.  Summaries, Shortcut (2012-05-01). Getting Things Done: A Summary of David Allen’s Book on Productivity (p. 4). CornerTrade Publishing. Kindle Edition.

How does the harried manager establish a blissful work zone?

A good start would be following the adage of “Do, Delegate, or Destroy.”

Nothing should just sit on your desk. George Bush was often mocked as a “clean desk kind of guy…” He didn’t appear to give sufficient agony to a decision memo.   Bill Gates is often pictured at his desk–with no paper in sight. (I would submit that this has more to do with his management style than running a paper-averse software company.)

Piles of paper are decisions not made. You, Gentle Manager, get paid only for your experience, wisdom and judgment: to make decisions and to get work done through others.

Paper is never allowed in horizontal file piles. Think of your desk as a pyramid with the apex pointing up. Paper does not rest on your desk and not on your boss’s desk.

Whenever a memo or an email attachment comes to you, it will slide off — back to whoever carried it in. It will have your signature on it, an action to be taken (by someone else), filed or destroyed (by someone else). You will not let it rest on your desk — even as you think about it. Don’t put that memo on the corner of your desk.

A piece of paper or a pending action can rest as comfortably in your assistant’s file cabinet as it can in your brief case.  Managers, think of this as form of Biblically inspired anger management: Do not let the sun set on a piece of paper on your desk.

Yes, it is true, the Zero In-Box-ers can sometimes go too far in avoiding disorder.

In command of the evacuation of Dunkirk during World War II, he was Allied supreme commander in the Mediterranean at the end of the war.

Later he was governor general of Canada (1946– 52) and Conservative minister of defense (1952–54). Alexander’s assistant once commented on his habit of tipping into his Out tray any letters remaining in his In tray at the end of the working day.

“It saves time,” explained Alexander. “You’d be surprised how little of it comes back.” Fadiman, Clifton (2009-10-31). The Little, Brown Book of Anecdotes (Kindle Locations 673-679). Little, Brown and Company. Kindle Edition.

Make the decision for order.

For God is not a God of disorder but of peace–as in all the congregations of the Lord’s people. 1 Corinthians 14:33