June 5; Is It Grounds For Termination? Or A Pulitzer? MANAGEMENT BY THE BOOK: 365 Daily Bible Verse & One-Minute Management Lessons For The Busy Faithful

…a trustworthy person keeps a secret. 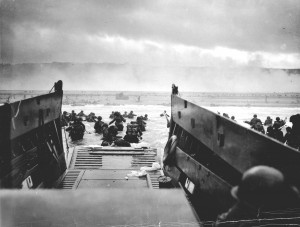 The Pulitzer Prizes have been “honoring excellence in journalism and the arts since 1917.” Every writer lusts for one of the 21 awards bestowed each year. Prizes can come with $10,000 prize money.

Money and Recognition. What’s it worth to you?

If you were a “journalist” what would you do to get the bucks and adulation? Would you, say, sell out the American soldier for a Pulitzer Prize?

Gary Bauer ran for president and worked for Ronald Reagan as Domestic Policy Advisor. He now runs the non-profit Campaign for Working Families. He knows politics and the media. He tells the story,

A number of years ago at the National Press Club I had the opportunity to ask Ben Bradlee, then executive editor of the Washington Post, what he would have done if he found out ahead of time about the D-Day invasion to liberate Europe.

Would the Post have printed the story?  Bradlee’s answer took a while, but the bottom line was “yes.”

Thank God that the men and women who were U.S. journalists during WWII had a different ethical standard than Ben Bradlee and many of today’s media elites.

A person of character and integrity would keep a vital secret. If you would betray the American soldier, you just might win a Pulitzer. And it would be worth it.

If you are a “journalist.”

As Proverbs 11:13b says, …a trustworthy person keeps a secret.