July 3; Promoting Your Subordinates To Get Promoted MANAGEMENT BY THE BOOK: 365 Daily Bible Verse & One-Minute Management Lessons For The Busy Faithful

Therefore go and make disciples of all nations,

The first group is nearly unknown, unheralded. The second are nearly household names.

What was the difference?

The first group was led by General Douglas MacArthur, and forgotten.

The second group was led by General Dwight Eisenhower, and venerated.

General Douglas MacArthur was a military genius. He personally is well known and his life story is enshrined and studied. But there were some flaws. His senior subordinates are all but unknown today. He did not elevate or promote his team in the press or share the limelight of success. Newspapers of the day knew only of the greatness of MacArthur when his team succeeded. The only time the media knew the names of his subordinates was when there were setbacks. MacArthur took glory in victory and evaded responsibility in defeat.

When the subordinate British commander, Montgomery, was getting too much favorable press during the Normandy invasion in WWII, President Roosevelt had to direct the Supreme Commander Eisenhower to take more action to get more attention. Shared glory made more for all.

Genuine leadership prepares subordinates for future responsibilities. This has at least three benefits:

The best manager must train deputies who can take over on an instant’s notice, if for no other reason so that the manager can travel away from his office or maybe even take a vacation (!). “Hands-free management” will train the subordinate for more responsibility with little risk. Absence can make the heart fonder and the team competent.

This should also teach the manager to go “hands-off” and not be tempted to micro-manage the manager in training. The trainee should practice without fear of getting fired, even if he doesn’t get promoted.

There are only two things we can do. One is the way we’ve operated since the Spanish-American War, which is to trust the commander in the field, say to him, “ Go to it, brother.” You don’t say, “Send this division here, or use these supplies and movements there.” Churchill tried to do that and got everything bollixed up.

The second way is to relieve him—and who wants to do that?”

Dan Pink, former speechwriter to Vice President Al Gore, writes that we each want to get better in what we do. We want to learn more. We want mastery. Even if a business does not have a formal “Office of Staff Development” in the Human Resource Department, a good boss will encourage the continuing formal and informal education of his team.

The manager might as well cheer the training—his people are doing it anyway, and taking classes even if there is no credit or recognition. Millions are absorbing non-degree, electronic-learning from Massive Open Online Courses (MOOCs) like Kahn Academy to sharpen a skill. 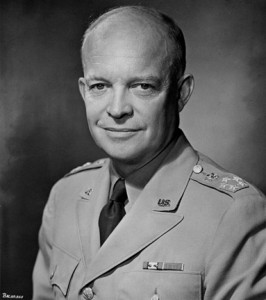 Succession management planning and training has benefits to the company, the team, but the real benefit—dare we say—is for the manager herself. The easiest person to promote is the manager who has her replacement trained, in the chain of command and who is eager to assume more responsibility immediately as the boss moves up the corporate ladder.

And the manager cannot do it all himself anyway. He must train and commission deputies to share the work load.

Therefore go and make disciples of all nations, baptizing them in the name of the Father and of the Son and of the Holy Spirit, Matthew 28:19