August 14; Our Youth Now Loves Luxury. They Have Bad Manners, Contempt For Authority, Disrespect For Their Elders. Children Nowadays Are Tyrants MANAGEMENT BY THE BOOK: 365 Daily Bible Verse & One-Minute Management Lessons For The Busy Faithful

“Let the little children come to me,

and do not hinder them,

for the kingdom of heaven belongs to such as these.” 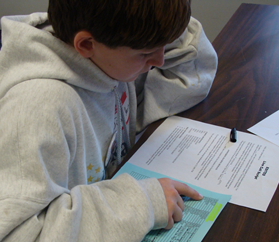 The Iowa winter in Des Moines was in snowy single digits.

“Let’s put the kids on the phones,” the call center pit-boss was excited about his new volunteers.

“Huh?” I stared, wondering if the Penta-Posse, as we call our five children, could handle the adult responsibility.

The manager handed each of the elementary-aged kids a phone script, a call sheet and pointed them at some empty phones. The little fingers started doing some dials — referring to an earlier age when telephone had a rotary dial that was moved clockwise and spring loaded to return to the start position.

The wee-ones were all smiles and success as they chatted away with complete strangers. Which would have forced Child Protective Services to take action and maybe take the kids away.

Charmaine is on the presidential campaign trail with candidate Mike Huckabee while Your Business Professor watches the offspring make hundreds of cold calls in the coldest of weather to voters across the Hawkeye State.

I asked the boss, “Kids making cold-calls? How does that work?” The kids were punching the phones and were making the sales pitch. “How did you know that this would work?”

The phone boss nods and says that “Kids make the best callers.”

“People don’t mind getting the calls?” I ask.

Jaded voters were oddly respectful. The little children got the adults in engaged communication where no one hung up.

The telephone script is simple and short. But the talk is even more simple and sweet and compelling when delivered by an eleven year-old girl. Children have not yet been hardened by the world. In this setting, adults on the other end of the telephone line listened patiently as the children’s lines were delivered.

The five siblings punched in over 1,000 call attempts. Governor Huckabee would go on to win the Iowa Caucus.

Jesus said, “Let the little children come to me, and do not hinder them, for the kingdom of heaven belongs to such as these.” Matthew 19:14