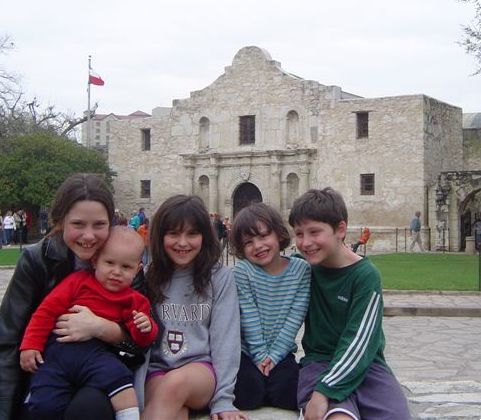 The version of the Alamo story that I knew prior to visiting the mission still standing in San Antonio, involved a vague idea that some Texans died defending a fort against a Mexican army. I did not understand that the battle at the Alamo was actually a two-week siege by General Santa Anna, culminating in the Mexican attack in the early hours of March 6th, 1836, in which all 189 defenders of the mission were killed.

During our visit I learned that they could have all escaped. They knew their immediate situation was hopeless: Santa Anna had over 2000 troops. Making a stand against him at that point meant certain death. They could have all simply left, retreating out the back, and have lived to fight another day.

But they did not.

Only one man left; all others chose to stand and fight for liberty.

My reaction to the Alamo visit has generated a much longer piece. Watch this space for its posting. Here’s an excerpt:

When Europeans search for just the right word to describe their disdain for George Bush, they reach for the epithet: “cowboy.”

It is a wonderful illustration of how little the Continental elite understand Americans in general, and American culture in particular.

It’s not just that they misunderstand George Bush, or even the American electorate. They fundamentally misunderstand the cowboy, and his importance in American history, and enduring influence on American culture.

They need to visit Texas.