#GIRLBOSS Selected Quotes and the Value of Cover Letters

Quotes from #GIRLBOSS by Sophia Amoruso 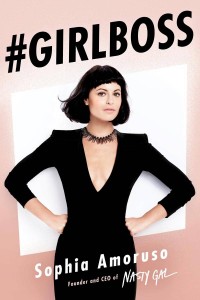 The Job Search and “The Necessary Evil: Cover Letters,”

Cover letters separate the #GIRLBOSSes from the girls. That said, few people seem to know how to make a cover letter sing.

It’s incredible how low the bar is, so you’re in luck! I’m about to help you navigate the weird, unnatural world of putting your best foot forward in a few paragraphs.

If a cover letter starts out like this, I usually end up reading the first couple of sentences before hitting the delete button.

Why? Because I don’t care about what a job will do for you and your personal development. I know that sounds harsh, but I don’t know you, so the fact that you want to work for my company does not automatically mean that I have an interest in helping you grow your career .

I have a business that is growing by the day, so I want to know what you can do for me. It’s as simple as that.

When I’m interviewing people, I’ll often ask what they think Nasty Gal could be doing better, and I am genuinely interested to hear what they have to say.

But detailing the ways that you think a company needs to improve in a cover letter is like meeting someone for the first time and telling her that you think she’d be so much cuter if she lost just five pounds.

It’s distasteful. You would be surprised to learn how often people think that dedicating their entire cover letter to detailing Nasty Gal’s flaws is a good idea. It’s not. I always want to write these people back and say, “Opinions are like [@ssholes]; everybody’s got one.”

If you’re frustrated because you’re not getting what you want, stop for a second: Have you actually flat-out asked for it? If you haven’t, stop complaining. You can’t expect the world to read your mind. You have to put it out there, and sometimes putting it out there is as simple as just saying, “Hey, can I have that?” Amoruso, Sophia (2014-05-06). #GIRLBOSS (p. 112). Penguin Group US. Kindle Edition.

I believed in what I was doing, and fortunately other people believed in it as well. I cared as much about the process as I did about the results. No decision was too small. Whether it was the word choice in a product description or the expression on a model’s face, I treated everything with the utmost care.

At the time this was just because, like I said before, I’m the kind of person who pays attention to something as small as a crooked shipping label. In hindsight, I see that it’s those small things that can make or break a business. Amoruso, Sophia (2014-05-06). #GIRLBOSS (p. 103). Penguin Group US. Kindle Edition.

Shared living situations are also a blueprint for financial disaster, so try to spread the utility love among your roommates rather than volunteering to have all the bills in your name.

Better yet, if you’re worried someone might not pull her weight, don’t live with that person. Living in the party house is a blast until the party’s over and you’ve got an $ 800 gas bill and your roommates— who are, like, your best friends and you guys are gonna know each other forever— are suddenly MIA.

Bills, sadly, are not an ignore-it-and-it-goes-away problem . If you’ve been getting an overdue notice from the cable company every two weeks for the last three months, and all of a sudden it stops coming, that does not mean that they’ve gotten over you and moved on to someone else. Amoruso, Sophia (2014-05-06). #GIRLBOSS (pp. 105-106). Penguin Group US. Kindle Edition

Listen to your parents

I come from a long line of hustlers . My dad has worked in home loans for as long as I’ve been alive, my mom sold houses before becoming a writer, and they have both worked entirely on commission since before I was born. In short, how much money they brought home was a direct result of how hard and how smart they worked. Sometimes we rented single-story houses; sometimes we owned two-story houses.

Money is a guarantee that we may have what we want in the future. Though we need nothing at the moment it insures the possibility of satisfying a new desire when it arises. —Aristotle Amoruso, Sophia (2014-05-06). #GIRLBOSS (p. 106). Penguin Group US. Kindle Edition.

Advice for the Millennial cohort,

You Are Not a Special Snowflake

“Millennials got so many participation trophies growing up that a recent study showed that 40% believe they should be promoted every two years, regardless of performance.” —Joel Stein in Time magazine Amoruso, Sophia (2014-05-06). #GIRLBOSS (p. 166). Penguin Group US. Kindle Edition.

Businesses often forget about the culture, and ultimately, they suffer for it because you can’t deliver good service from unhappy employees. —Tony Hsieh, Zappos CEO and author of Delivering Happiness Amoruso, Sophia (2014-05-06). #GIRLBOSS (p. 188). Penguin Group US. Kindle Edition.

Access to talented and creative people is to modern business what access to coal and iron ore was to steelmaking. —Richard Florida, author of The Rise of the Creative Class Amoruso, Sophia (2014-05-06). #GIRLBOSS (p. 209). Penguin Group US. Kindle Edition.