January 30; The Pursuit of Any Worthy Goal Will Be Resisted MANAGEMENT BY THE BOOK: 365 Daily Bible Verse & One-Minute Management Lessons For The Busy Faithful

But you will receive power when the Holy Spirit comes on you;

and you will be my witnesses in Jerusalem,

and in all Judea and Samaria, and to the ends of the earth.

Life magazine called her “the most hated woman in America.” And she hated right back. She tried to embrace the Karl Marx workers’ paradise but she was so obnoxious that even the Soviet Union didn’t want her around.

Madalyn Murray O’Hair could not get herself out of the USA into a Communist country, but she did get prayer out of America’s schools in a 1963 Supreme Court ruling.

Atheist O’Hair tried to get “In God We Trust” off our coinage, and she sued the Pope and NASA. Her litigation had no earthly boundaries. 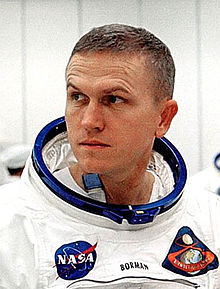 Frank Borman was an astronaut on the Apollo 8 lunar mission. He was amazed looking at our planet Earth from outer space. He prayed,

“Give us, O God, the vision which can see thy love in the world, in spite of human failure. Give us the faith to trust thy goodness in spite of our ignorance and weakness. Give us the knowledge that we may continue to pray with understanding hearts…Amen.”

O’Hair would have none of it. This prayerful perspective from space had to be stopped and, no surprise, she sued.

The 5th U.S. Circuit Court heard the case in 1970. It ruled that “astronauts praying or reading from the Bible while traveling to the Moon” was not unconstitutional.

A big vision has its own empowerment. Acts 1:8 says, But you will receive power when the Holy Spirit comes on you; and you will be my witnesses in Jerusalem, and in all Judea and Samaria, and to the ends of the earth.

There will always be people who will resist your long-range goals. You will be opposed even when your vision is as inspiring as, well, a moonshot.

Opposition to your goals might be as vocal as the mean-spirited Madalyn M. O’Hair. Resisting might be as meaningful and historic for your company as a prayer from outer space.

Prayer from space, read by the Apollo 8 Crew