March 4; You Are Not Going Home Until Your Work Is Done MANAGEMENT BY THE BOOK: 365 Daily Bible Verse & One-Minute Management Lessons For The Busy Faithful

I can do all things through Christ which strengtheneth me. 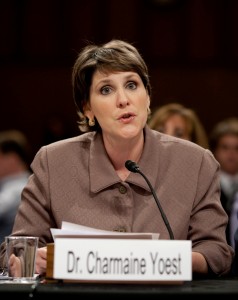 There are times when the execution of a task and getting things done is simply impossible. But we will attempt and, Lord willing, succeed. Charmaine (who, as the Alert Reader has figured out, is the center of this book and most of my being) tells a story of perseverance. As a football coach would say, “She played through the pain.”  She says,

The room was three stories tall, bright and cold. Even with Senators, television lights and hundreds of packed people, I could almost see my breath. The room, more of a court room, was designed to magnify the Judiciary Committee and humble the witnesses.

The glory of a woman is in her hair. My head itched. The wig just didn’t feel right. I was bone tired. It wasn’t the testimony preparation or the late hour, it was the sickness.

My husband Jack kept asking the doctors, “What are our percentages?” He spent a career in medicine and understood risk. The doctors were encouraging but refused to give us the life or death odds.

As I sat at the green felt table I felt nauseous and, worse, fat.

The Committee Chairman swore me in. I tried to smile but couldn’t. Jack and I pride ourselves on thriving in disorder, the unknown but there was too much pressure, for anyone.

Cancer will do that.

Charmaine was giving testimony as an expert witness in the confirmation hearing for a Supreme Court Justice.  She was sick from chemo but still did the job.

And she did not get this work done on her own power. The mature Believer knows the source of his strength as Philippians 4:13 reminds us in the King James Version; I can do all things through Christ which strengtheneth me.

The ultimate success or failure is in the Hands of Divine Providence. We are commanded only to do the work and Christ will empower. Indeed we will not be called home to glory until the work we are called to do is done.

Bible scholar Randy Yeager says, “The victorious Christian who is utterly committed to the will of God is immortal until his work on earth is done.” (Yeager 1983)