March 21; Beauty Is As Beauty Executes MANAGEMENT BY THE BOOK: 365 Daily Bible Verse & One-Minute Management Lessons For The Busy Faithful

He wore a private’s uniform with only general’s shoulder straps. The president of the United States promoted him to rank of lieutenant general in command of all Union troops against the Confederate Army. 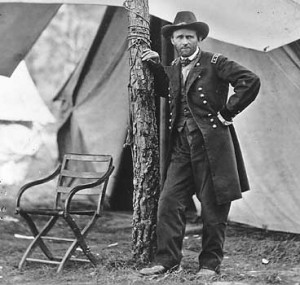 Why did Lincoln recognize the unassuming Ulysses S. Grant to lead in the dark days of 1864? Why did the president promote Grant?

Lincoln’s short answer communicated that the behavior ‘fights’ would produce the outcome ‘victory.’ The beleaguered president needed a commanding military leader who would keep fighting until he won.

Careful planning is the first part of the description of management — plan, organize, lead and control. The complaint about consultants or academics on any planning exercise is that all plans have assumptions and are mechanistic.

They (we) dream it up. They’ve done their job and then heave the plans book down the hall into the manager’s office. The hapless boss is then charged with producing measureable results.

Planning documents sometimes make dangerous assumptions. Resources will be on hand when and where they are needed. Competent staff will be able, available and willing. And that the execution will be flawless.

Except when it isn’t.

Because after the planning is done it, will have to be executed. This is the organizing (who) and the leading (how) parts of management.

Early in the Civil War Lincoln was frustrated with his key army general. McClellan was elegant and loved by his well-groomed, parade ground troops. His planning documents, when he produced any, were also elegant. His plans were beautiful and complicated — and too clever by half.

The overly cautious McClellan never got anything done. There was lots of movement but no victory.

Lincoln finally replaced the Hollywood-like—if had Hollywood existed – McClellan in late 1862. Fancy plans and fancy pants were not enough if the work didn’t get done.

Lincoln tired of sophisticated planning documents even if they were download-able fast with a convenient app. He needed something done. Lincoln and the Union needed a soldier-general with muddy boots who pressed the battle. Ulysess S Grant was rumbled but didn’t stop until he won.

Planning is only a single part of management.