March 25; Stand By Your Man To Get Things Done MANAGEMENT BY THE BOOK: 365 Daily Bible Verse & One-Minute Management Lessons For The Busy Faithful

A friend loves at all times,

and a brother is born for a time of adversity. 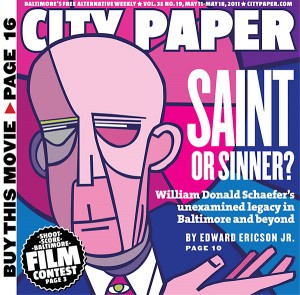 As the story goes, William Donald Schaefer just heard a terrible irrefutable truth about a friend. Reporters pressed him on the obvious evidence of a misdeed of a member of the Baltimore mayor’s inner circle. Schaefer stood with his friend.

The Mayor of Baltimore was a public servant for some 50 years. In the mid-80’s Schaefer also served as Maryland’s Governor (perhaps simultaneously-it was hard to tell).

He understood loyalty. He trusted and was trusted. This was how he got things done.

The staffer must understand that his manager will not always seem to make the right decision. Even after considering all the options and recommendations the boss will make an “odd” decision. Sometimes there won’t be time to explain the direction.

Or, more likely, the boss can’t share confidential background information or the timing is wrong.

Or the manager is still learning management on the job and the l,000 variables to weigh. And sometimes the CEO just gets it wrong. How can the staffer manage his manager in this situation?

A team of professionals can take most any unusual decision and deliver the desired outcome. If senior management falters on those plan-organize-lead-control skills, the skilled subordinate managers and staff can still accomplish the task through execution.

This is how loyalty can help the mission to succeed. The team will adopt and implement the senior manager’s decision as if it were their own.

This assumes that the decision and execution are legal. A dangerous assumption in business or in Louisiana politics.

The story is told of Governor Earl K. Long (1895-1960) of the Bayou state who was counseling one of his staffers. The smug young aide says, “I’m with you when you’re right. But not when you’re wrong.”

Governor Long snaps, “You stupid son of a b!tch. I don’t need you when I’m right.”

The aide might have been more concerned that ‘right’ and ‘wrong’ meant legal and illegal. Our actions today remain in the legal.

Every manager knows, as Long knew, that few things are more valuable than a faithful friend. Because not every decision will be right or correct if not principled.

Morton Blackwell, offers another face of politics from Lousiana. He is the founder of the Leadership Institute and is direct and ethical, “In politics, [or office politics] you have your word and your friends; go back on either and you’re dead.”

Proverbs 17:17 says, A friend loves at all times, and a brother is born for a time of adversity.