May 17; Good Fruit Is The Product Of Good Character; MANAGEMENT BY THE BOOK: 365 Daily Bible Verse & One-Minute Management Lessons For The Busy Faithful

Make a tree good and its fruit will be good,

or make a tree bad and its fruit will be bad,

for a tree is recognized by its fruit. 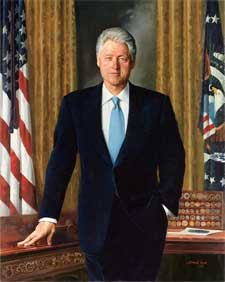 It is an old story. The powerful middle-aged man was having his way with the adoring entry-level intern in his office. His advisors defended him. His wife defended him.

It made no sense. Was there no sense of right and wrong? No sense of honor? Ethics?

I asked Morton Blackwell, founder of the Leadership Institute, “Why did no one in the White House say anything?”

The White House has an extensive human resource department to vet, to research presidential appointments. Every president needs experienced senior leaders to help run the multi-trillion dollar enterprise that is our federal government. Bill Clinton was no different. Clinton hired people who shared his values.

Blackwell, who served as an assistant to President Ronald Reagan, was simply reporting that the management team at any White House is a reflection of the President.

Charmaine, the wife of Your Business Professor, worked in the Office of Presidential Personnel for Reagan. He often said, “Personnel is Policy.” No President or senior leader can make every decision at every level but he can have trusted deputies who can act in the president’s best interest — making decisions that the president would make.

Mere humans work within the constraints of time and space. CEOs are not omniscience or omnipresent. The CEO can’t be everywhere but his assistants can act as his representatives to give procedural guidance to the local departments.

Management hires subordinates who can execute the president’s basic agenda. The president outlines the policy; his personnel get it done through procedures. We can see what the president wants by the people he hires.

Bill Clinton hired some 250 interns including Monica Lewinski. In contrast, Charmaine was one of only a few dozen interns in the Reagan White House.

Charmaine crossed paths with the president a time or two. But not for the same reasons Clinton saw Monica. That was not what was Charmaine was hired for.