that I have set before you life and death, blessings and curses.

so that you and your children may live. 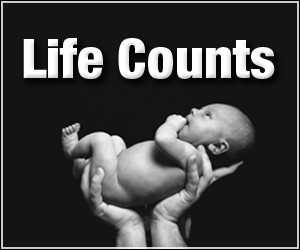 At 11:20pm, July 20, 2012, she was dead. Tonya Reaves was admitted that morning into the upscale clinical facility at 18 South Michigan Avenue across from the Chicago Museum of Art. At 1:41pm she started hemorrhaging.

The “premier” office was the flagship of the world’s most experienced provider of that routine surgical procedure. LifeSiteNews reported, “When the…staff at the [Loop Health Center]… could not stop or control her bleeding, it was clear something had gone terribly wrong,

Reaves lay on the table, writhing and bleeding for five-and-half hours before staff arranged to have her transported to Northwestern Memorial Hospital.

Rather than call 911, they had Reaves transported by ambulance at 4:30 p.m. There is no evidence they informed Northwestern medical staff of the cause of her bleeding.

When the 24-year-old arrived, doctors found she had as much as a liter of blood in her abdominal cavity.

The medical examiner who performed her autopsy found a 3/16” laceration in her uterus and an “extensive perforation of the left broad ligament” slicing through the left uterine artery. The uterus looked “ragged,” he wrote, from repeated cauterization attempts designed to staunch the internal wound.

The cause of her death was hemorrhaging, a perforated uterus, and delay.

The…provider’s behavior constituted the “abandonment of a patient,” according to a legal complaint filed by Thomas Brejcha of the Thomas More Society with the Illinois Department of Professional Regulation…

The document said the [doctor] may be guilty of at least three separate violations of state law.

How did this happen?

The clinical management team had made a deadly calculation. Whither from ideology or the drive for profits or to cut costs, the doctors did not have permission to practice medicine at the local hospitals.

Tonya is not alone. One woman dies each month from purchasing this particular service. It is guaranteed to kill. But, unlike cigarettes, the dying maybe not this quick.

How can this happen to the God fearing, law abiding people in America?

It is the tradition of our culture to have the protection of Life as our highest value. Charmaine has this quote painted on the wall of the reception area of her offices at Americans United for Life, a non-profit law firm. The care of human life and happiness and not their destruction is the first and only legitimate object of good government, wrote Thomas Jefferson, third president of the United States, writer of the Declaration of Independence.

The protection of human life is our first concern. “We hold these truths to be self-evident, that all men are created equal, that they are endowed by their Creator with certain unalienable Rights, that among these are Life, Liberty and the pursuit of Happiness.”

The Declaration of Independence is the founding document of the American political tradition. It articulates the fundamental ideas that form the American nation: All men are created free and equal and possess the same inherent, natural rights. Legitimate governments must therefore be based on the consent of the governed and must exist “to secure these rights.”

Life is listed first in our founding document.

Just as we design safer cars and place limits on tobacco and alcohol, we should continue to design law and services and products to minimize the risk of death, even if we cannot prevent it.

The American United for Life tag line is “Working toward a day when all will be welcomed in life and protected in law.”

When any manager is a part of any decision process where the calculation of the harming or death of her customers is considered, she must first do no harm. She must Choose Life.

This day I call the heavens and the earth as witnesses against you that I have set before you life and death, blessings and curses. Now choose life, so that you and your children may live. Deuteronomy 30:19