Make a Movie or Make a Family? 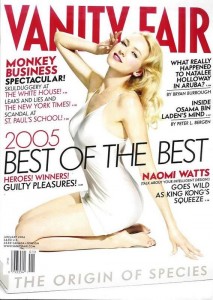 The January issue of Vanity Fair features Naomi Watts, the new Fay Wraye in King Kong, on the cover.

After years and years of B roles, Watts has finally “made it.” 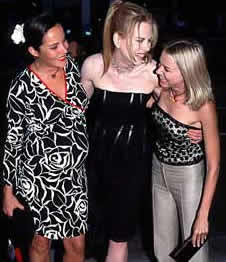 The article features quotes from her friend and fellow Aussie, Nicole Kidman, who talks about their friendship with another less-famous fellow actress, Rebecca Rigg:

In our house we call three kids a ‘starter family.’

But the girls are on to something. Something bigger than themselves.

What are they doing in Hollywood?