January 28; Good Management Is In The Getting (and using) The Best Recommendations From Staff MANAGEMENT BY THE BOOK:365 Daily Bible Verse &One-Minute Management Lessons For The Busy Faithful

And the LORD God commanded the man,
“You are free to eat from any tree in the garden;
but you must not eat from the tree of the knowledge of good and evil,
for when you eat from it you will certainly die.” 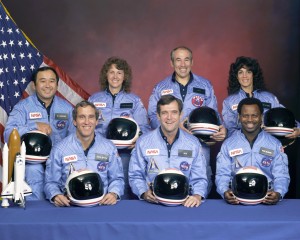 “…[S]ome of the stairwells in the fixed service tower looked like ‘something out of Dr. Zhivago.’ The ice team snapped off the icicles…” (Vaughan 2009)

NASA launched anyway. The Space Shuttle exploded on take off. The crew died.

Every organization needs candor; direct and honest feedback. This is a timeless truism. For example, the early church would convene a panel to determine who would become a saint and who would not.

The saint-nominee would be represented by God’s advocate. The candidate’s Good Works would be challenged by counsel, a reverse Public Defender of sorts—to attack the innocent and prove guilt.

Opposing counsel would demand, “Show me the miracles…and I will explain them away.” To wit: author and atheist Christopher Hitchens was invited to contest the application of Mother Teresa during her canonization. He called his counsel “pro bono” and enjoyed his role as the Devil’s advocate.*

A rigorous process of confrontation and friction produces a better outcome that, when done well, few could dispute. All managers need a Devil’s advocate, a court jester to speak truth to power. (Yes, my Alert Manager that would be you: the power that be.)

Just don’t change the rules of engagement in the middle of the proceedings.

This is what NASA did on January 28, 1986 when Morton Thiokol OK’ed the launch of the space shuttle Challenger.

The disaster can be discussed in the data, deliberation and decision.

The data was easy.

There wasn’t any. The concern was over the rubber-like rings that sealed joints in the solid rocket booster. Engineers said, “you can’t produce a perfect O-ring 456 inches long, you just can’t do it…” (Vaughan, 2009).

Engineer Roger Boisjoly wrote a letter to his VP Senior Boss months before warning of the “loss of life.” But his memoranda for record was more than a CYA (Cover Your Backside). He was attempting to get more data.

The rocket scientists as individual contributors working in the realm of perfection determined the go / no-go criteria. A launch would be considered safe (though not risk-free) at temperatures of 53 degrees Fahrenheit or higher. The temperature at Cape Canaveral was 29 degrees Fahrenheit.

The engineers had a temperature range and data that worked with previous launches. And little or no data or experience at the freezing temperatures. (This was Florida, after all.) But the deliberation and recommendation was to be turned on its head,

The engineers’ job was to make a recommendation about whether it was safe to launch, not to prove that it was not safe to launch.

By shifting the burden of proof, NASA was shifting from a decision procedure that was risk averse…unless it could be proven that what created the risk would in fact occur.

…their basic premise was that Challenger would be flying beyond their database.

One of my colleagues that was in the meeting summed it up best. This was a meeting where the determination was to launch, and it was up to us to prove beyond a shadow of a doubt that it was not safe to do so.

This is in total reverse to what the position usually is in a preflight conversation of a Flight Readiness Review. It is usually exactly opposite of that. (Vaughan, 2009).

The staff had to prove a known unknown.

They couldn’t do it and were out-voted. Author Diane Vaughan describes the scene,

The Thiokol managers continued their discussion and proceeded to vote. Three voted in favor of launch; [vp ]Lund hesitated. [another vp] Mason asked him to “take off his engineering hat and put on his management hat.” Lund voted with the rest…

Morton Thiokol’s managers failed to follow simple rules and made unreasonable demands on their expert staff.

A Challenger O-ring failed 73 seconds into the flight allowing blow-by from the rocket booster to damage an external fuel tank.

The engineers were right. The managers were wrong.

And the LORD God commanded the man, “You are free to eat from any tree in the garden; but you must not eat from the tree of the knowledge of good and evil, for when you eat from it you will certainly die.” Genesis 2:16-17

* Devil’s advocate Christopher Hitches died in 2011 at age 62 and, we can assume, was rewarded eternally for his pro bono counsel by his client.