What Does China Admire Most About America? 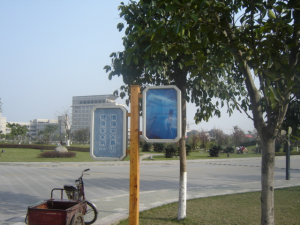 It is good to have health

It is good to support

Anyway, I was interested to see China’s interest in American marketing. American ideals. American riches. The American source of riches: 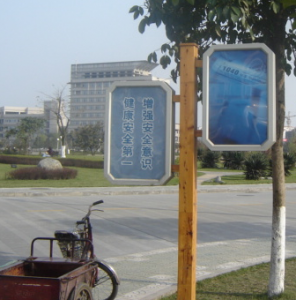 in the Middle Kingdom

The IRS. China uses the IRS Form 1040 as …inspiration.

China’s leadership looks to the American model of tax collection as the enlightened path to good government funding.

But this is depressing. I wish Americans were more revolting.

China doesn’t need to look half around the world for a taxing template. Hong Kong would be a terrific start: a 15% flat tax. And no capital gains tax. Steve Forbes would be pleased if the USofA were more like this part of China. Compliance is easy when the cost of tax payment is less than the opportunity costs of tax evasion.

Visit Simon World for reasons to move to China.

Few have traveled to China as much as Director Mitch at The Window Manager.

More at the jump.

It’s true that the Republicans are the party of ideas and the Democrats are the party of reaction. Republicans set the agenda, and Democrats try to talk the country out of it. But the Republican Party is hardly the Institute for Advanced Studies. The GOP uses ideas like seasonal sports equipment — taking them out when needed, then scraping the mud off and stuffing them back into the garage until they are needed again.

Remember term limits? The flag-burning amendment? The balanced-budget amendment? Each of these has had a moment or two of glory, when Republican politicians, conservative TV and radio hosts, and the Wall Street Journal editorial page all decided simultaneously that implementing this idea was vital to the survival of Western civilization. Polls soon showed a majority of Americans agreeing with them. The idea seemed unstoppable. It had the winds of history behind it.

And then the winds died, and the idea went away. I still can’t quite figure out how we have avoided trashing the Constitution with an idiotic amendment against burning the flag. But the failure of all these hot-button issues, in stunning contrast to the success of the party that has ridden them to power, suggests that for the Republicans, ideas serve politics rather than the other way around.

The so-called flat tax is another hobby horse of the right that swept the nation, then got swept away. But someone forgot to tell Steve Forbes, the amiably blank-faced magazine heir who ran for president on the issue in 1996 and 2000. Now he has a book out, “Flat Tax Revolution: Using a Postcard to Abolish the IRS.” It’s getting the full fair-and-balanced treatment — that is, unashamed, open-throated puffery — on Fox News and other conservative outlets. So even though the idea looks pretty dead right now, a stake through its heart might still be prudent.

The flat tax is a game of three-card monte that deliberately confuses the issues of simplicity, fairness and the total tax burden on society. A simpler tax system would be a very good thing: good for the economy and good for our sanity. But progressive tax rates — higher taxes on higher incomes — aren’t what make the current system so complicated. It’s as easy — even easier — to multiply by 40 percent as it is to multiply by 17 percent. Multiple tax rates require one extra calculation, but it’s only subtraction. Even Republicans can easily do it — or hire someone to do it for them, if necessary.

The complications come in defining and calculating income. Some of the complications are unavoidable, because people and companies have complicated affairs. The day may come when you can file your income tax on a postcard (millions come close even today, with the sorta-simple 1040EZ), but that day will never arrive for Steve Forbes. As for the unnecessary complications, most of them were not put there by people or interest groups pushing for higher taxes and bigger government. Quite the opposite: The complications are mostly special rules for people or companies trying to lower their taxes.

The nub of Forbes’s proposal is this: Everybody would pay an income tax of 17 percent, with most deductions eliminated but enough basic exemptions so that a family of four would owe no income tax until it had income of more than $46,000. Of course this family would still pay the FICA Social Security tax. FICA, which starts at dollar one, is already a bigger burden than the income tax for most people. But it tops out at incomes of $90,000 and doesn’t apply to investment income at all. But that’s just fairness talking.

Forbes figures that almost everybody would pay less under his proposal than under the current system. And just to make sure, he would let you opt to calculate your taxes under current rules, if you prefer. So everybody would pay less. That is swell. But it has nothing to do with the flatness or otherwise of the tax system. You could just as well combine a tax cut with a proposal to release all the animals from the National Zoo. People would like that, too. A simpler tax system would be very nice. But find me some folks who would choose a flat tax over the current system even if it meant that they would pay more, not less. Then I’ll be impressed.

And if everyone gets a tax cut, where does the money come from? Do you really have to ask? It seems that no amount of recent experience can put a dent in the wonderfully convenient belief that you can raise tax revenue by cutting taxes, because lower taxes inspire people to work longer and think harder, yada yada yada. Debate on this quickly becomes theological, so let’s note only that tax rates were higher than they are now when Steve Forbes had the inspiration to be born into a wealthy family, and higher still when his father, Malcolm, first built the family fortune.

Next idea, please. Or, heck, why don’t we take term limits out for another spin? It’s been a while.

The writer is editorial and opinion editor of the Los Angeles Times.